I would like to build a draft for a PIP to give rewards for LPs who cover the Powerpool Protocol, on some insurance provider. I highly suggest this as smart contract risks are extremely complex, and it would help bootstrap a community of LPs who wish to provide protection in case of a currently undiscovered bug.

It would be unclear how we would reward this or build infrastructure around this in terms of rates and vesting. I do believe we have an opportunity to reward them via CVP and it would be beneficial for Powerpool providers like myself who would currently love to purchase smart contract insurance for this protocol.

Below are some rough ideas for each protocol as well as a pool to collect signal.

Short term, let’s push for Nexus since we currently hold existing wNXM tokens and as far as I know, we can utilize our tokens in governance on their platform. After YETI is finalized, Cover LP rewards should be added.

Why we need them for PowerPool:

Smart contracts, stable coins and other crypto products are susceptible to hackers & failures, making it difficult for institutions to enter the market. Just take a look at the amount of money that was poured down the drain in 2020 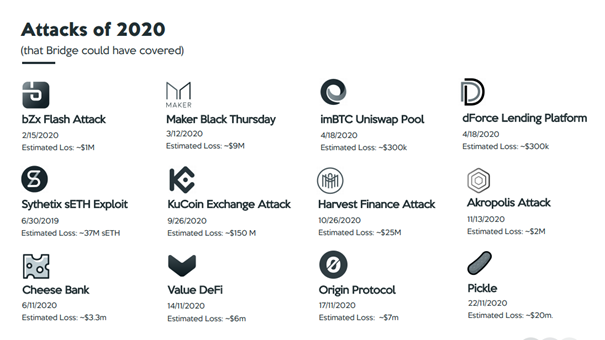