The team publicly shared the ready xCVP code on the 8th of March, almost two months ago. Due to the auditors’ overhead, the current estimate to receive the audits is the second half of May despite the audit subscription proposal. We all know that it could take longer.

I suggest launching xCVP before receiving security audit details to allow risk-neutral users to start using this feature, while risk-averse users can wait for audit results.

Additionally, it is worth raising a time-lock question. So far, the proposed xCVP implementation allows to immediately unstake CVP and burn xCVP. In my opinion, to better align long-term goals, time-lock could be implemented.

xCVP is a long-requested feature, drastically increasing CVP utility and allowing CVP holders to participate in cash flows collected by the protocol. Currently, the CVP community treasury holds around 1 million dollars in assets. It’s time to distribute it to CVP holders.

You can find the smart contract code here

If the proposal is accepted, that would mean the following steps are performed:

To incentivise Long-term stakers and prevent system abuse, while allowing stakers access to capital in a case of emergency: 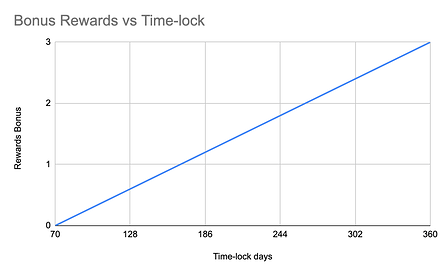 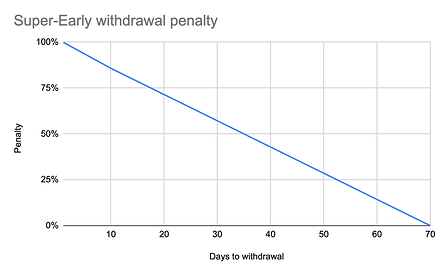 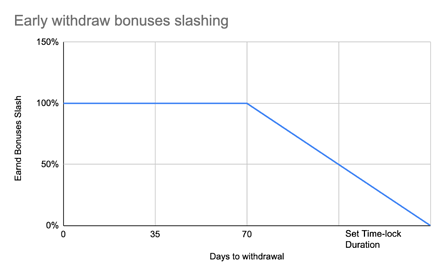 *Penalized rewards are deposited back into the community treasury.

This will allow long-term stakers and supporters to enjoy higher rewards, while preventing users from choosing the longest time-lock and withdrawing early to game the system.

3. Place a disclaimer on top of every page consisting of information regarding xCVP, that the code has not passed the external security audit yet, but will pass ASAP (May as an estimation)

4. Place a link to GitHub repository with xCVP code on top of every page consisting of information regarding xCVP near the disclaimer

5. Get audit results and proceed with insurance and adding xCVP to other DeFi platforms.

Non-binding poll to understand the sentiment

sounds like a good idea to me, I’d personally put my money into an UNaudited code, as I expect bigger rewards

I am definitely agains time-lock integration to xCVP proposal. The main benefit of cryptocurrency is the free flow of capital and if you gonna prevent stakers from moving their capital just to artificially increase usability and price of CVP, we are going to loose in the end because our protocol will be less atractive for investors than other similar projects.

I think by now pretty much every protocol has a similar system in place.

How does it allow stakers to withdraw capital anytime when there is high penalty for early withdrawals? Please do not spoil the xCVP upgrade! I am not aware of the fact that time-lock feature was discussed in the draft proposal…

I think it’s best practice to wait for the audit. Most of the time those are routine, but if they would have caught something that’s missed, then PowerPool team and CVP as a franchise value would suffer harm that you can’t recover from.

Moreover, I view deploying unaudited code on real money beyond small test amounts as at least a yellow flag if not a red flag on a project. I’m sure I’m not the only one. The disclaimer that the project has passed public security audits “but not the contract on our own token” - it’s really just not a good look.

Short term loss of value by delaying to preserve the longer term viability seems like a sensible trade-off. If you want to try to make up the economics for the delay, increase the rewards for the first x days or for people who stake on day one and it’ll be close enough.

Thanks for sharing your view

You are raising very valid points.

I’m desperate for xCVP as much as the next person, but I’m against this proposal because I’m against deploying un-audited code. Seems like a can of worms we should avoid.

On the other hand, I support the time-lock. Could we have 2 separate polls so as not to muddy the vote?

These are the 4 possible options (in fact one of them isn’t represented in the original options in the proposal):

Imagine the votes were:

Thanks for the feedback! It’s just a sentiment poll to understand the right format for the actual proposal

Deploy non-audited - In favor
It’s opt-in and clearly stated, every day we wait translates into opportunity loss, the TVL almost hasn’t moved for a long time and in the middle of a bull run CVP is staled, risking losing all of the market momenta is worse than the possibility of an exploit. Adding to this, if I understand correctly, we are on the verge of a supply increase in CVP if we allow for this to happen before xCVP release we will be in deep trouble.

Time lock - in favor
I think people are misreading the proposal, you will never lose the deposited xCVP if you withdraw early, only the potential rewards.

Here’s what I wrote in the discord:

doesn’t deploying xCVP early mean that people who stake early (taking the risk due to no audit) get a disproportionate share of the collected fees in the treasury?

i think as a project you have to do the audits, or not, but should be consistent

The proper alignment of incentives is important to any system. Time-locks explicitly create a medium for aligning the incentives of holders with the protocol. Their ability to redeem in the future is dependent on their contributions to a vibrant and sustainable product.

There is clearly a significant movement in the space in this direction and it would be foolish to ignore. Crv and Pickle have already implemented systems like this. Andre Cronje has suggested it for Sushi and Snowball on Avalanche is also planning to implement. I believe Frax is also launching a timelocked version of their governance token.