It is not a secret that the English language is an international language and a lot of people all over the world speak it or at least understand it more or less. But when we talk about some specific stuff like crypto-articles with a lot of non-common words and phrases, we need to understand that amount of people who can easily read such articles and understand them well decreases drastically.

If we check statistics from Chainalysis “The 2020 Geography of Cryptocurrency Report” we may notice that the highest places in the ranking of Crypto Adoption Index are occupied by the countries where English language is not native or official language ( here is the interactive version of the map below: https://markets.chainalysis.com/#geography ): 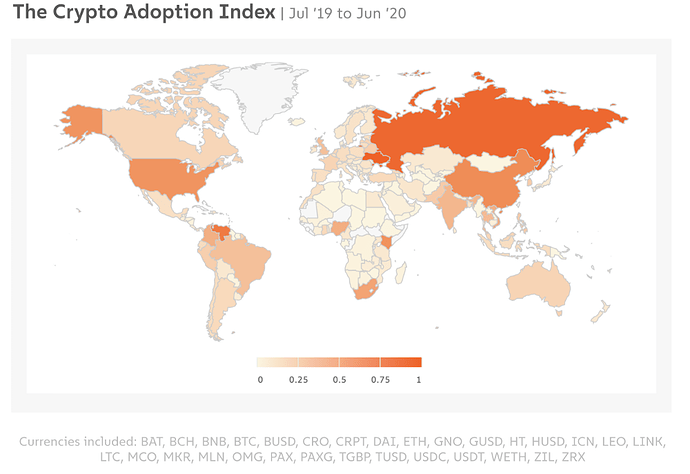 To get more clear picture about the countries with the highest level of Crypto adoption you may check the top-30 below: 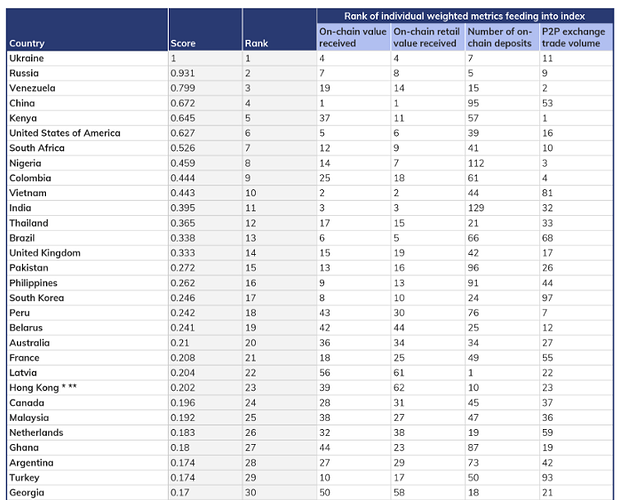 Key takeaways from the top thirty:

In today’s world, the English language demonstrates a strong network effect: the more people use it, the more useful it becomes.

More than a billion people speak English as a first or second language, and hundreds of millions more as a third or fourth. For expanding businesses, young graduates, scientists and researchers, and international tourists, English proficiency broadens horizons, lowers barriers, and speeds information exchange. The incentives to learn English have never been greater.

And yet, the demand for English proficiency far outpaces supply. Education systems founded in response to the first industrial revolution have yet to adapt to the demands of the fourth. A front-loaded culture of learning leaves adults little time to reskill. The growth of the gig economy asks people to transition quickly from declining to emerging opportunities.

This report investigates how and where English proficiency is developing around the world. Let`s take a look at it: 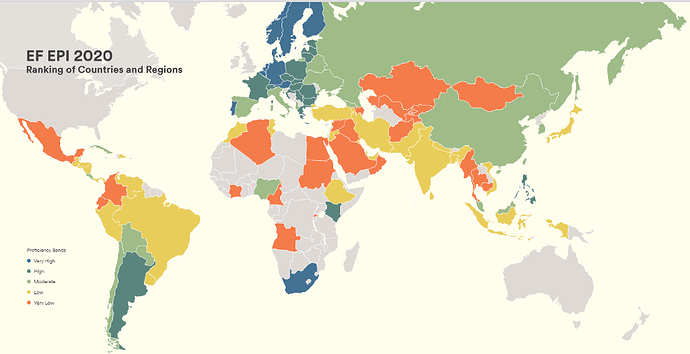 Well, the answer to this question is quite simple but let`s analyze: 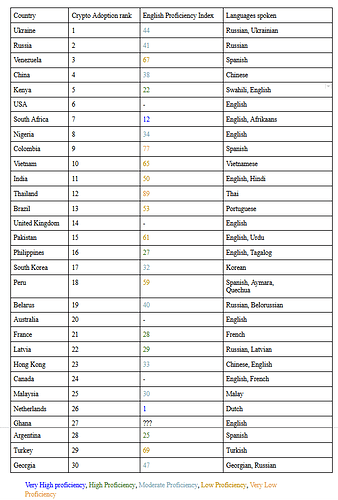 If we exclude countries with Very high profiiency and High proficiency and all the countries that have English as the official language , then the list of languages that PowerPool articles need to be translated to is as follows:
Russian, Spanish, Chinese, Vietnamese, Thai, Portuguese, Korean, Malay, Turkish, Hindi